Google had introduced Google Hangouts as the messaging app that provides its users an instant message, SMS, voice calls, video calls, and also it supports every platform. In short, it is known to be the one-stop destination for all your messaging needs. Developed from the world’s biggest tech giant, Google Hangouts always makes sure to provide the best user experience, and that’s the reason that most of the companies prefer to use this for their messaging needs. Google Hangouts have witnessed immense popularity because of several other Google products such as Gmail, Google+, and all of these are already pre-installed in Android phones. However, many other messaging apps provide similar services like Google Hangouts. So in this article, we will discuss ten best alternatives to Google Hangouts.

10 Alternatives to Google Hangouts that you should try

The first and the only app which can be the best alternative, as well as the rival of Google Hangout, is none other than WhatsApp. Facebook-owned WhatsApp is the most used messaging app because of its numerous features. WhatsApp provides almost every basic needs that the user requires in an instant messenger such as text, voice chat, video call, media transfer, and group chats. Not only this, but the users can even send voice messages for a faster communication, which can save a lot of time. This makes WhatsApp one of the best Google hangouts alternatives.

If you want a similar feature just like the Google Hangouts, then Telegram can be the best instant messaging app and one of the best alternatives to Google Hangouts. Not only the application consists of the standard features that one can find in any other messaging app such as media transfers or voice support, but it also contains some fantastic specifications such as 256-bit symmetric AES encryption, Diffie Hellman secure key exchange and 2049-bit RSA encryption. So all these things make Telegram the most secure instant messaging app. Apart from this, the app also consists of many other features, such as creating a group with a maximum of 1,00,000 members, advanced photo and video editing tools, and secret chats. The users can make use of all these features for free.

Another app that comes in the list of Google hangout alternatives is Discord. The application is mainly designed for gamers. Discord contains some exciting features which make it one of the best instant chat messengers. The app is featured with push notifications, voice chat, real-time messaging, group chat support as well as easy invites. The users can even share images, GIFs, and videos, along with various other features in the communities.

Signal is also an instant messaging app and is one of the best alternatives to Google Hangouts. It is featured with specific features that the standard instant messaging apps have such as text, voice call, video support, group chat as well as media transfer support. Through the help of this app, the users can send the texts similar to the traditional messages which no such apps offer to its users. Apart from this, the app even provides prime importance on the privacy of the user, encrypted group chat, and lots more.

If you are in search of the instant messaging app which can fulfill all your social media needs, then LINE is the go-to option for you. This is one of the best Google hangouts alternatives, which functions the same as any other application. LINE provides features such as text messages, voice calls, and video call support with media transfers as well as group chats. If you use the LINE app, you will notice that the app has a Facebook like timeline through which you can share images, photos, videos, and locations with your near and dear ones. 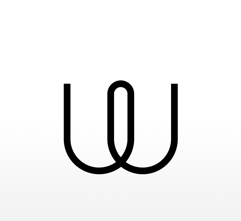 If you are a privacy-conscious person and at the same time looking for alternatives to Google Hangouts, then you must check out Wire. This is one of the safest and secure instant messengers, which is mainly used by professionals as well as businesses. The app provides all the features that a typical instant messenger has. However, it looks more professional as compared to Google Hangouts when it comes to features that help to improve the productivity of the team. The app specifically has a dedicated conference call button through which you can easily make video and voice calls.

When it comes to Google hangout alternatives, you cannot ignore Viber Messenger. The features of this app are almost similar to Google Hangouts. Viber Messenger consists of text support, voice call and video call support, group chat support of up to 250 users with the use of a variety of stickers. This is to make your conversation interesting. The incredible feature of Viber Messenger is its instant video messages which you can send to your friends. There is also a hidden chat feature that will help in hiding the chats from the home page.

Kik is one of the best alternatives to Google Hangouts, which immensely helps you to stay in touch with your near and dear ones. The application has text support, media transfer, group video calls, and lots more. What makes this app different from others is it allows everyone to connect with people without even sharing the phone number.

Facebook-owned messenger another feature reach alternative to Google Hangouts that one can use. People all across the world use this app. The app is featured with multi-platform support that allows the user to connect with each and other from multiple devices. Facebook Messenger has instant messaging features that people mostly want from the messaging app.

It is an instant messaging app from Microsoft, which almost everyone is aware of. Professionals mainly use the app for several reasons. It has specific features such as group video calls with up to 24 people, media transfer, voice call support, and supports in every platform. The app itself is unique as it enables its users to share their screen with friends and family.

Whats your take on these alternatives to Google Hangouts?